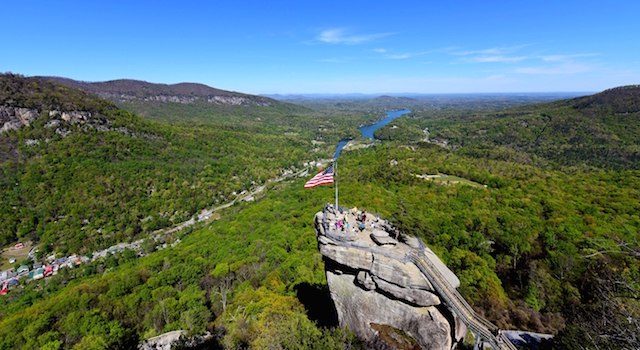 Chimney Rock at Chimney Rock State Park will celebrate a milestone on Sunday, May 21— the Park’s 10th Anniversary as a State Park.

Instead of accepting gifts made from tin or aluminum–the traditional metals given for the 10th anniversary—the Park will collect canned items for Hickory Nut Gorge Outreach.

To celebrate a decade of growth and improvement, tickets to the park on Sunday, May 21, will be just $10 for adults who donate a can or box of food at the Ticket Plaza.

Those that receive the discounted price for helping the Outreach can upgrade to an Annual Pass for just $13 more. Annual Passholders receive unlimited admission to the Park for 18 months (extended from 12 months since the elevator is out of service) and can attend exclusive passholder events.

A Brief History of the Park

In 2004, the Morse Family began exploring the possibility of selling Chimney Rock Park because of rising real estate values, a growing concern over estate tax issues and the increased pressures of operating a century-old family business.

By 2006, negotiations with the State of North Carolina had begun and on May 21, 2007 the final deal was signed.

Todd Morse, former Chimney Rock Park President and General Manager, is glad his family made the decision to sell to the State because of their efforts to preserve and share the land with the public.

“I’m really glad we were able to work out a deal with the state,” said Morse. “It really assured us that the property would be protected and people would have access to the Park forever.  And that our staff would be able to continue to work at this wonderful place they loved.”

[su_box title=”Important Note:” box_color=”#ffde88″ title_color=”#666666″]For all the exciting details on the history of Chimney Rock State Park, read our full story and interview with Todd Morse via the story link below: [/su_box]

Chimney Rock Park: A Legacy of Brothers — Exploring the History and Future of North Carolina’s Most Iconic Landmark

Many improvements and several thousand acres have been added to the Park since its purchase, something Chimney Rock State Park Superintendent James Ledgerwood is proud to share.

“Over the past 10 years the park has grown from 1,568-acres to 6,892-acres,” said Ledgerwood.  “The state has wasted no time or effort in continuing to preserve the natural heritage of Hickory Nut Gorge.  From protecting land, to improved parking areas and facilities, to building new trails and creating new recreational activities, the park continues to move forward with one vision.  With the Master Plan as our guide and the general public as our advocate, Chimney Rock State Park will continue to protect and provide the recreational resources that our visitors value and expect within our North Carolina State Park System.”

Guided Hike – At 10 a.m. the Park’s shindig will kick-off at the Hickory Nut Falls trailhead. Interested visitors are invited to take a guided hike to one of the Park’s gems—Hickory Nut Falls—and enjoy a lesson on the Park’s history, something on which North Carolina Parks Director Mike Murphy recently reflected.

“The Chimney Rock attraction continues to be the centerpiece of what is becoming another crown jewel among North Carolina State Parks. It has a long and fascinating history and is a much-beloved landmark in western North Carolina.”  said Murphy. “The management by Chimney Rock Mgt., LLC allowed us to integrate this landmark seamlessly and relatively quickly into the state parks system and into our mission of recreation, conservation and education.”

Dulcimer Music – Those that arrive a little later in the day will be able to enjoy the music of dulcimer player John Mason’s latest CD “Here Comes the Sun.” Mason has played at the Park for more than 20 years and looks forward to sharing his new CDs with visitors.

“I can remember when I first came to Chimney Rock I was selling cassette tapes,” said Mason. “That tells you how long I’ve been playing in the Park. My new CD is different than anything else I’ve done. It features cover songs from the ‘60s and ‘70s. It’s something that everyone can sing along to.”

Cake at Noon – Because no party is complete without cake, at noon on Sunday, May 21, the Park will provide guests with something sweet outside of Cliff Dweller’s Gift Shop at noon.

Come be a part of the celebration!!! 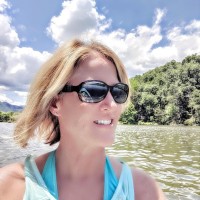 Welcome to Around Lake Lure! 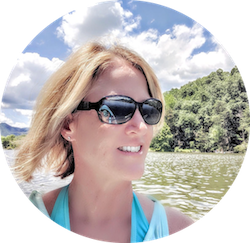 Hi, I’m Lisa, and I’m here to help you enjoy your time in this Crazy Good Place! Consider this the Insider’s Guide to Lake Lure and the small mountain towns surrounding it. We share hiking trail guides that will inspire you, events that will make every day a fun day, favorite food and beverage spots, lodging info, and more. Have fun!

If you’re a dog lover and want a better life for your dog (and you too) you’ll love my new website DoggoneReal.com.